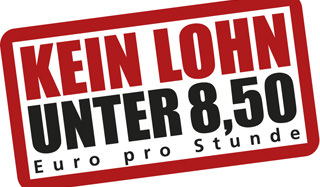 On the occasion of national election in 2013 and the issue of a minimum wage, the Ver.di Union and the Food and Catering (NGG) turned to dot-gruppe for a viral and social media marketing campaign. The goal of the campaign is the effective acquisition of new union members.

As part of a viral video production, we proposed several spots and “Minimum Wage Now!” was published on a newly launched YouTube channel for the same campaign. In addition to the subsequent successful viral spread of vector through blog and social media marketing, this has now resulted in application as desired to a significant worker increase for unions. 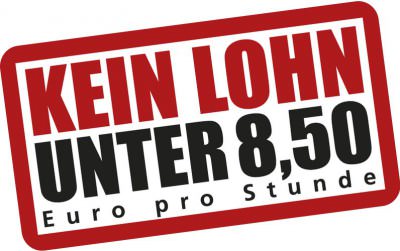 dot-gruppe built a matching Landing Page in addition to the concept of the creative concept and production of viral videos. Through an effective call-to-action, new members can be guided there and optimally transformed into new union members. The strategic promotion by blog or social media marketing and the best viral video seeding, thus a wide range and attention to trade union can be achieved within the desired target. Primary means for this are an effective online, blog, and social media marketing, among the involvement of all relevant channels, which will be taken over by our experienced team of video seeding and viral marketing.

After completing viral video production and initiating comprehensive viral and social media marketing activities, there came a decision during the current campaign or in the course of the coalition talks between the SPD and CDO to have a minimum wage. Since this includes diverse and hotly debated exemptions, we currently see the need for the “Minimum Wage Now!” campaign to adapt to these political conditions accordingly. Here, our viral marketing agency will demonstrate that we will be able to, at all times, optimize the current developments and contents.

Thanks to these innovative measures for membership recruitment, Ver.do achieved complete membership growth in 2013, thanks to the viral video production, social media marketing, and viral marketing activities of dot-gruppe (source: press release Ver.Di form 01.09.2014). In particular, the fact that the effective proportion of young members has increased (under 28 years) from 5.28 to 5.5 percent, shows that the use of viral video production, social media channels, and blog / viral marketing, are effective means for representing regeneration of young union members. Together with us, the two unions thus specifically used new and previously trodden paths and could thereby effectively gain new members, reaching potential buyers and gaining more supports for trade union concerns.