For its new campaign #Mobilwandel, the Federal Ministry (BMUB) is counting on the dot-gruppe 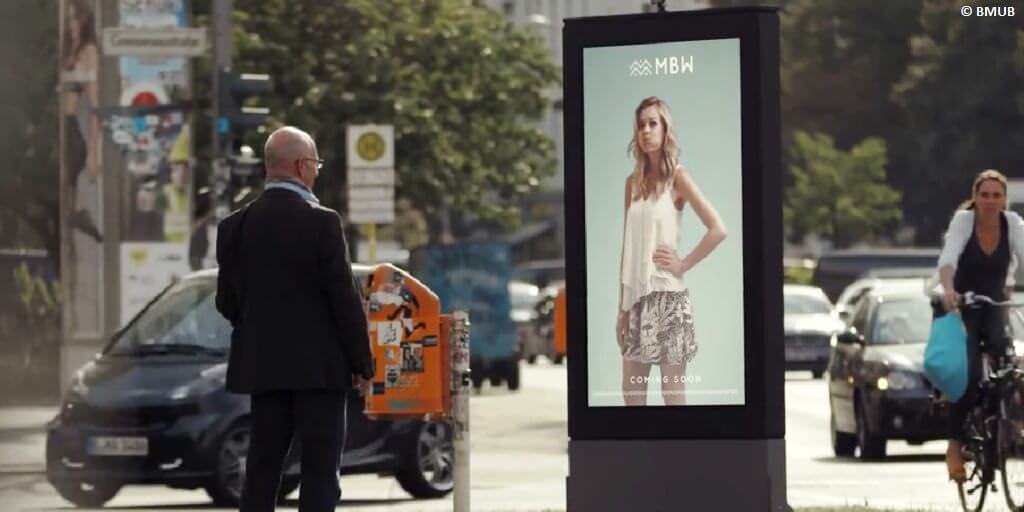 Citylight posters can be found everywhere in the major cities of Germany. The Federal Ministry for the Environment, Nature Conservation, Building and Nuclear Safety (BMUB) draws attention and acceptance for sustainable mobility with the campaign “Zeit für #Mobilwandel”.

However, the BMUB is not only focusing on Citylight posters, but also on the experience and the broad influencer network of the dot-gruppe. Already in the past, the dot-gruppe cooperated with federal ministries and took over the seeding of their videos.

The CLP action follows the following campaign: At the end of September, a seemingly ordinary City Light Poster (CLP) was placed on a busy traffic crossroad. A model appears on the classic advertising poster, which feels annoyed by street noises and smell and starts to interact with the traffic.

In addition to environmental- and mobility blogs, wide-reaching influencers, communities and social media channels were integrated.