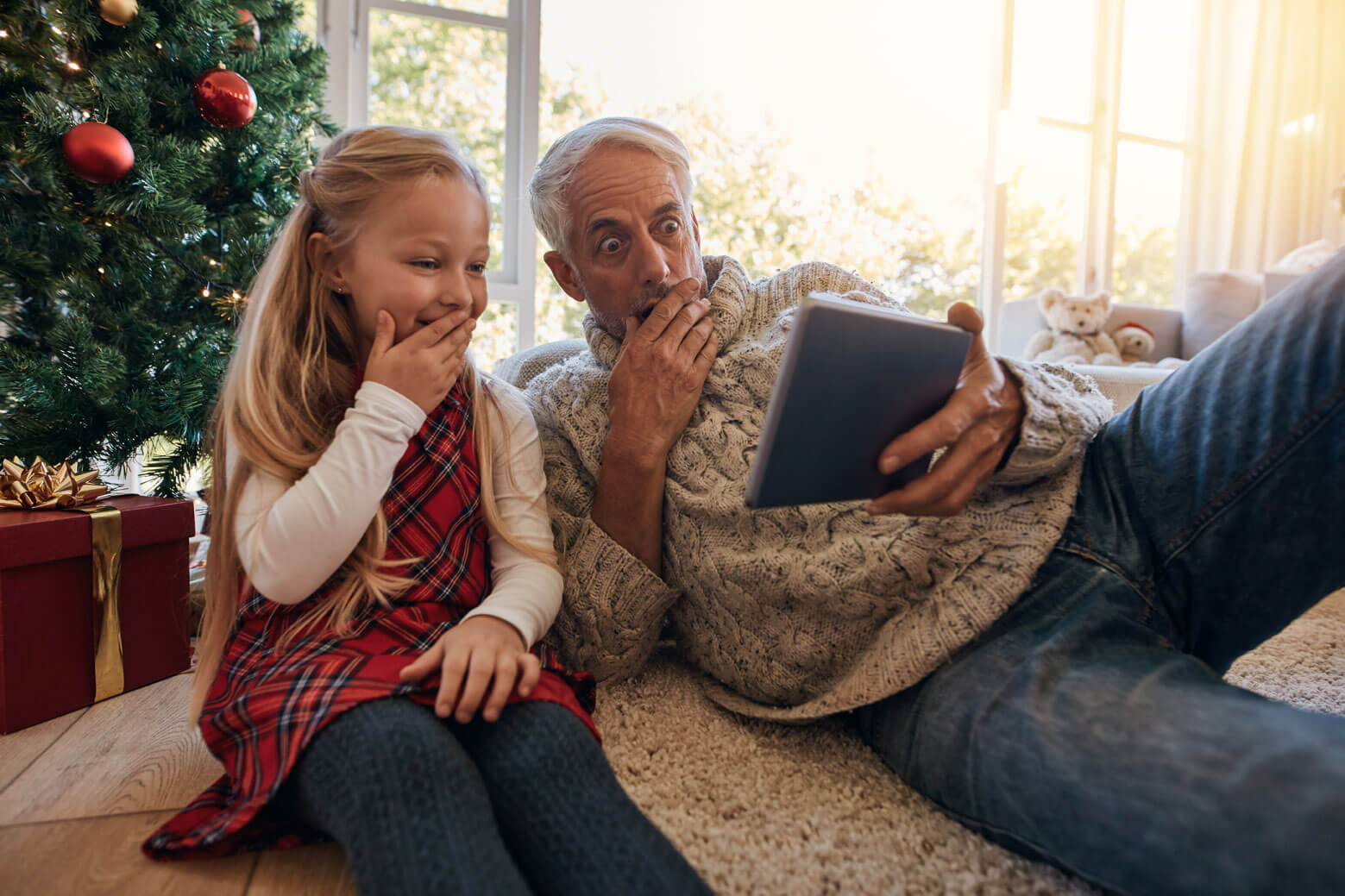 As soon as the days become shorter and my coat ever thicker … Whoosh, my supermarket around teh corner is already stocking up on Christmas goods. Gingerbread and advent calenders as far as the eye can see.

Well, not yet – but as the experiences show, Christmas arrives faster than thought. And besides that it is the most beautiful time of the year, it is above all also one of the most important for companies and marketeers. In 2016 alone, retailers sold 89.9 billion euros in the Christmas season. At no other time of the year, people are so willing to purchase that on the weeks before Christmas Eve. You do not have to be a fortune teller to know that it is worthwhile to concentrate on marketing activities just in time for the Christmas business.

Christmas holidays – the time for tradition, memories and emotions

In time for the Christmas season, companies focus on creative storytelling and emotional video campaigns. This special time a year is often spent surrounded by families and friends and brings up a range of emotions. And like no other medium, videos can portray and transport these emotions and ultimately anchor them in people’s minds and memories.

73% of users who have seen a video to learn more about a product or service have bought it afterwards. 96% of consumers find a video helpful in the purchase decision.

In 2016, numerous Christmas-Virals where posted and promoted online. And this year too, companies will once again rely on the power of social videos – and are thus totally in the marketing trend.

Christmas campaigns that warmed our hearts

The story: Christmas Eve in a family. A little girl jumps around in her bed before going to bed. Good thing, that her parents are planning on giving her a trampoline for Christmas, which the father builds up in the garden that evening. However, according to the message of the clip “Gifts that everyone will love”,  the animals from the forest are also happy about the gift and secretly try it out that night. And the next morning? That is, when Buster the Boxer takes his chance to try out the trampoline.

Why do we like the video? The clip plays with great emotions, without pushing too far. Rather, the clip shows in a wonderful way the joy of giving your loved one a great present for Christmas. So well staged that it reminds us of the Christmas when we were young and unwrapped our gifts with bright eyes.

Again, Senta Claus is not the main figure – but Mrs. Claus is.

The story: A little boy writes his wishlist to Mrs. Claus with a request for a special Christmas present for his sister. With that, he would like to show his sister how much he loves her, despite his pranks and their little quarrels. While Senta Claus traditionally delivers the presents with Rudolf’s help, Mrs. Claus is using her snowmobile to fulfill the young boy’s wish to see his sister happy on Christmas.

Why do we like the video? Perhaps because the majority of our agency also has siblings and thus the video hits our soft spot? Or perhaps because the campaign puts Mrs. Claus in the main focus? Hello gender debate! We find that the clip focuses beautifully on the qualities that make Christmas so special – family, love, well yeah, and gifts – and it shows that giving presents to make people happy brings more joy than receiving one.

If one thinks of a Christmas video of Edeka, one thinks actually of the lonely grandpa, who skilfully trick his family in coming home for Christmas. The campaign #heimkommen was a viral hit in 2016. But also the video spot from the year before impressed us.

The story: 9 talented employees of an Edeka supermarket use the beeps of their barcode scanners to play “jingle bells”. 13 hidden cameras document this show – and the perplexed faces of the surprised customers.

Why do we like the video? Surprise, fun and unity – everything we need for Christmas. In addition, “Jingle Bells” has the tendency to a catch tune. Dear Edeka, what a perfect tactic. And whether Edeka employees have played the jingle or not – with us, the spot did exactly what it was supposed to do … it stayed in our memory.

Ho Ho Hollywood – Time to prepare for the Christmas business

Especially at the Christmas time, video content should be an important element in your marketing strategy to promote your products or services in the social media.

Pay attention to the healthy amount of storytelling and branding. Build the history of your campaign around your product placement and brand, without putting yourself too much in the spotlight or focussing ytoo much on advertising. Because what makes video marketing so effective? An innovative storytelling that informs, inspires and animates users. And as always, remember that a good video is nothing without the right marketing strategy. True to the motto: Content is King. Seeding is Queen.

And with that, it is time for the first gingerbread of the season.

This is how it looks like when experts are at work!