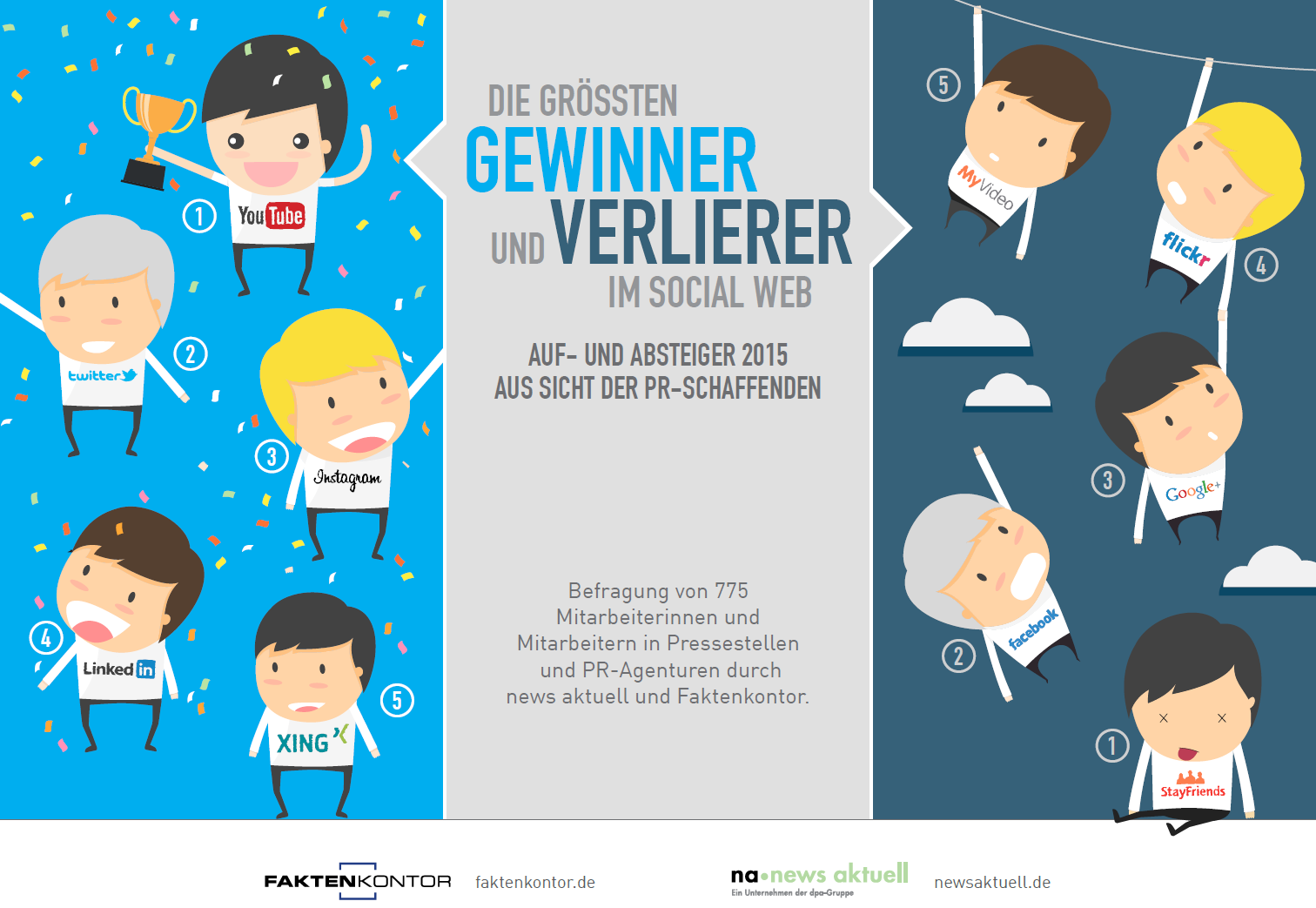 “Moving pictures get the power!” Yells the nation of entrepreneurs and PR agencies.

According to a study by PR newswire, YouTube takes the throne of social media platforms, with the most potential. “King YouTube” was selected by over 770 scholars, consisting of marketing staff, senior companies, and PR agencies. Over half of the respondents considered YouTube the social network with the largest clamping force. Meanwhile, communication with the moving picture is considered one of the most glorious scepters in the kingdom.

The objective was to assess which social media platforms will gain the most PR in the next 12 months, and which ones will lose. Not only was “King YouTube” crowned, but “Servant Facebook” was chosen as well. Although the Social Network is still the undisputed champion in the German Royal Land, it is losing importance in the communications industry. For this, however, Twitter and Instagram were knighted. The photo community especially wins the communication scholars over with the continuing trend of visual storytelling.

The ranking of the five biggest winners and losers in detail

In the next 12 months, these sites will become important:

In the next 12 months, these websites will become irrelevant: