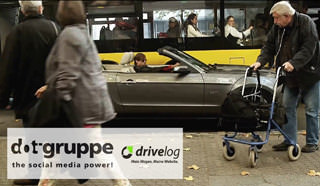 With a viral video production for Drivelog, the social media, video and viral marketing agency, dot-gruppe, brings attention and interest in auto portal and the matching app. With a witty and authentic presentation in the style of user-generated content, the offer is virally spread through the target group. 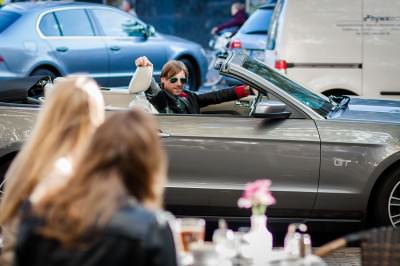 With the desire to spread the service offer and the appropriate app to specific target groups, the car portal Drivelog–  the daughter of the automotive supplier Robert Bosch GmbH—turned to the video and viral marketing agency from Berlin, dot-gruppe. To this end, an iconic viral video was produced, which takes up the topic of vehicle breakdown and a (failed) attempt to flirt and puts it into a charming and authentically staged internet video. In particular, car owners should be specifically addressed by the viral marketing campaign. As a supervising video and viral marketing agency, dot-gruppe created the entire viral concept, from elaboration of the script to the creative concept and video production. During the filming and post production, special attention was paid to the authentic staging, ironic story, and quality of production. The subsequent video seeding was taken over by dot-gruppe and placed on the thematically appropriate TopsOfCars YouTube channel. In combination with a corresponding landing page, Drivelog uses the viral video as a traffic-bringer for specific target groups and as an effective viral marketing tool for the services and the app.

Through the authentic staging in the style of user-generated content, the interest of social media users is increased and stimulates debate whether what’s shown actually happens. In addition to the fun history and the ironic staging, the viral video results in a clear recommendation and reference for Drivelog. Dot-gruppe’s viral video production fulfills the desired purpose of showing Drivelog as an innovative platform for all relevant services in the car department. Dot-gruppe is this very satisfied to have implemented the viral effect for Drivelog and its target groups.