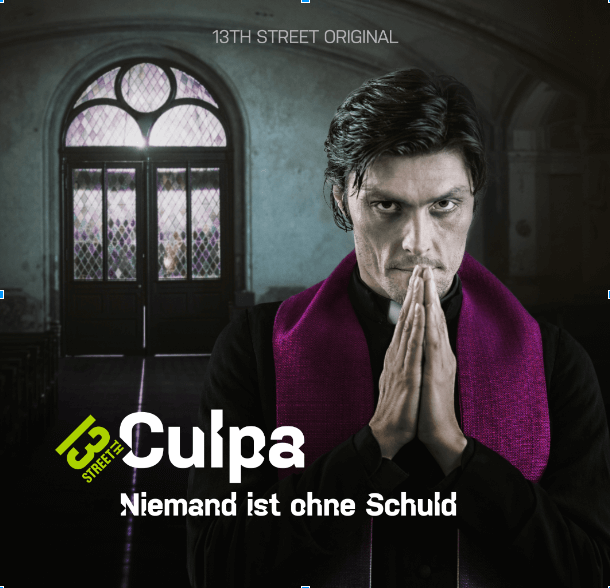 As a video marketing specialist with a wide-reaching Ambassador network, dot-gruppe has once again teamed up with the US-American broadcaster NBC and is now distributing the first fictional in-house production of 13th Street, the crime channel of NBC Universal International Network, within the social web

“Culpa – Niemand ist ohne Schuld” – Center of the new series is an unconventional priest (Stipe Erceg), who is confronted with crimes under the protection of the confession. Because of his confidentiality, he must keep these frightening confessional secrets to himself. All he can do is to try to change the minds of these potential perpetrators through clever conversation. But sometimes words are not enough.

In order to spread and increase the awareness of the Playlist with the 7 videos to the series, dot-gruppe is focusing on a full-service advertising on a cross-platform basis for an influencer approach. The Playlist contains two trailers, interviews and exclusive “Behind the Scenes” material.

Several measures have already been implemented for NBC Universal. In the first step, selected multipliers were identified and addressed by the dot-gruppe, focusing on film, series and TV. Special attention is paid to the selection of personal blogs in order to guarantee an authentic approach to the specific target group. The placement of the videos on relevant social media platforms will ensure further publicity.

Continuation and expansion of the Europe-wide NOVASOL campaign