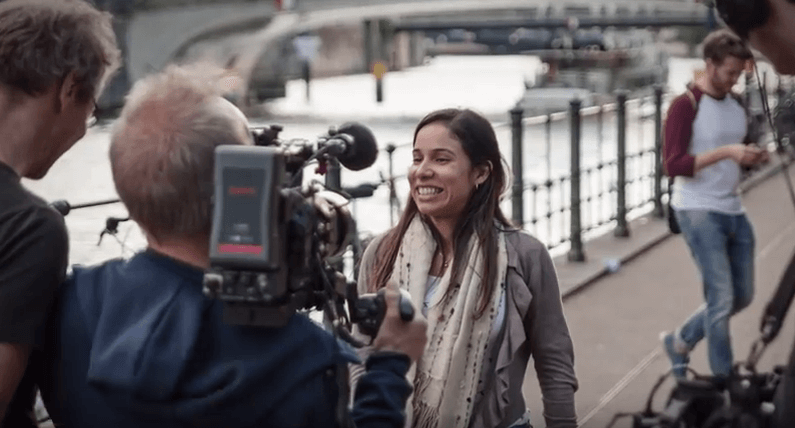 We are the dot-group, industry pioneer in the field of video marketing, based in the most visited city of Germany: in Berlin.

Also, One of our great customers calls Berlin “home”: the tourism industry. No wonder, in such a historical, modern and adventurous capital, which alone counted more than 5 million overnight stays of international guests in 2016! Anyone traveling to Germany wants to see Berlin!

But what do the dot-group and the tourism industry also have in common, apart from Berlin?

Well, there would be the interest in traveling. But experiencing from the past, we share the enthusiasm for moving images. And which industry, if not the highly visually oriented tourism industry, is predestined for it?

This was also the reason for the in Berlin tour operator “Chamäleon Reisen”, who was looking for a professional partner to produce the perfect eventvideo – which they found with the dot-gruppe.

For the last 17 years, the dot-gruppe characterizes the digital dialogue of its customers and builds along the customer journey a long-term relationship between brands and people.

For over 20 years now, Chamäleon Reisen has made it possible for tourists to experience a journey of a lifetime – because here they aren´t just a guests in a foreign country, but become part of its nature and culture. Whether Africa, America, Asia or Oceania – the local tour guides know each destination better than any guidebook. Normally, the Berlin office of Chamäleon Reisen travels all over the world to meet with their tour guides. But this time, the roles were exchanged.

12 Tour guides from different countries – such as Chile, Costa Rica, Tanzania, Namibia, Madagascar and India – experienced Berlin for two days as a tourists! And for many of them, it was a dream come true.

“Such a special event should also be recorded in a special way,” says the managing director of the dot-gruppe.

Many things were planned during those two days – including a bike ride through the most important highlights of Berlin, a river cruise as well as an inhouse training and an exchange session. In the middle of it all was the dot-gruppe filming crew, responsible for the production of the Eventvideo.

And just like that, another day in the exciting city of Berlin came to an end: With a new client case, an exciting production by the dot group and a great sunset over the Spree river.